Esterly, Schneider was hired by the State of Missouri’s Department of Natural Resources to restore the homestead of Nathan Boone near Ash Grove, Missouri. The double log pen sitting on 370 acres and the two-story walnut log structure were originally built with an open dogtrot through the center. It was later closed in by the family.

The restoration included extensive on-site research and detailed drawings to restore both the interior and exterior. Both of the fireplaces were restored to working order. Local stone found on the property was used to restore the chimneys and hearths as well as the porch. 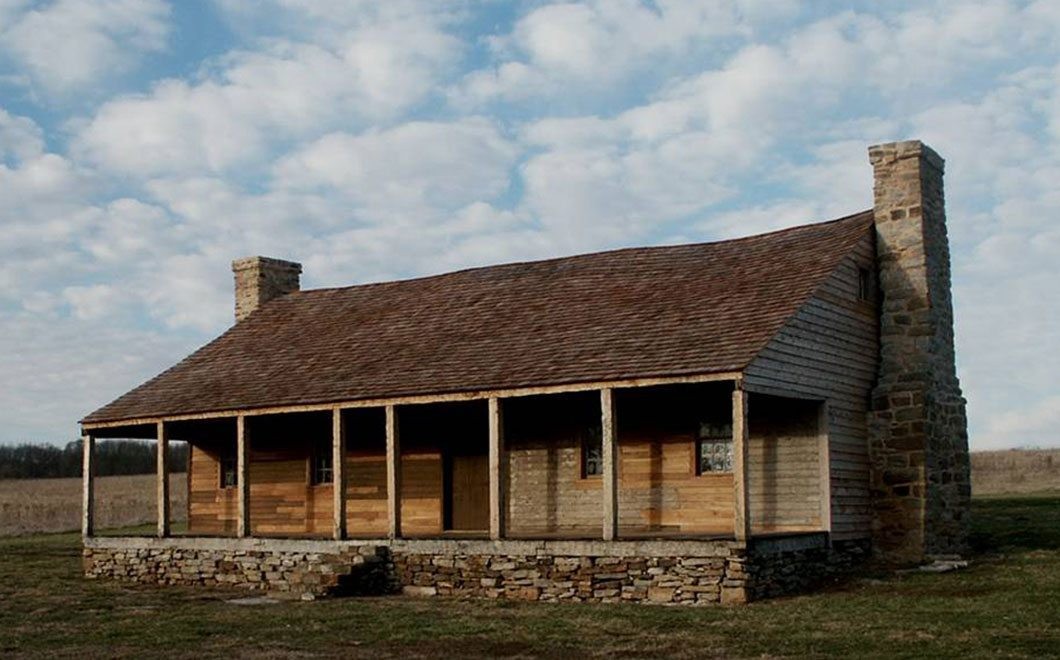